This is my latest article for the Kansas Sierra Club Planet Kansas, reporting on my visit to three local farms that claim to be “humane.”  What I found, sadly. but not surprisingly, was a total lack of ethical concern for the animals themselves.  Using and killing is justified if it makes money and pleases the human beings, according to the farmers I interviewed.

Eating as Though the Earth Matters column

But What About Local “Humane” Farms? 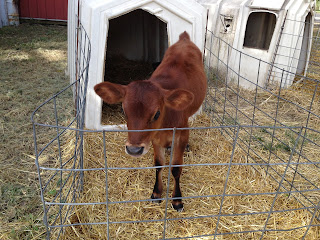 In the film “Cowspiracy,” which I mentioned in my fall column, the evidence became clear that so-called “humane” farms, as opposed to factory farms, will not and cannot help prevent further environmental destruction. Some of the farmers who were interviewed in the film agreed. If all animals were raised in such a way that they are not painfully confined, and if people continued to consume animal products at the current rate, there simply is not enough land on the planet to pasture the billions of animals and grow their feed. And when we consider the rate at which the human population is growing, the situation is dire indeed for both people and all animals, both wild and domestic.

In response to the threat of animal agriculture, whether factory or “free-range”, our Sierra Club has published the following statement in the Sierra Club Agriculture and Food Policy (http://www.sierraclub.org/policy/agriculture): “Personal dietary choices that minimize or eliminate meat and animal products should be encouraged due to their many benefits, including reducing greenhouse gas impacts, water pollution and inhumane treatment of animals.” Of course, we know that those are just a few of the dreadful effects of animal agriculture.   To that short list, we can add desertification, rainforest destruction, assassination of rainforest protectors, air pollution, oceanic dead zones, wildlife habitat destruction, indigenous peoples’ home and land destruction, species extinction, and human hunger and starvation, to name just a few.

Many socially and ecologically conscious people now opt for “free-range,” “humane,” labels, not realizing that, not only are most of the labels false, but also, if indeed the animals really are raised with some amount of room to turn around, the earth is not big enough to pasture that many animals.

Nevertheless, I wanted to be able to see some of these “free-range” farms with my own eyes.   So I took part in the 2015 Kaw Valley Farm Tour in October of this year. The first stop was the Iwig Dairy in Tecumseh. They sell milk, butter, and ice cream made from their herd of 65 milk cows. Obviously conscientious, the Iwigs, sell their milk in recyclable, BPA free, glass bottles. In spite of the vast research linking dairy products to obesity, early onset of puberty, osteoporosis, etc., they claim their products are healthy, and they seem to love what they do.